What could be more fitting during Henley Week than the story of one of our exhibition artists and former Great Britain Olympic rower Annabel Eyres! 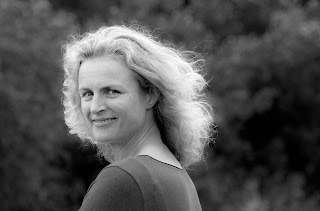 Annabel studied at the Ruskin School of Drawing and Fine Art and Pembroke College, Oxford University, where she learned to row. She competed in competed in the Women's Boat Race against Cambridge and went on to row for Great Britain, competing in the Double Scull at the Barcelona Olympics in 1992. 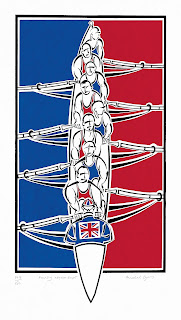 To fund her international rowing career, Annabel designed and sold souvenir T-shirts for major rowing events, starting with Henley Women's Regatta in 1989. She set up rowing clothing and gifts company Rock the Boat, which still sells her designs. 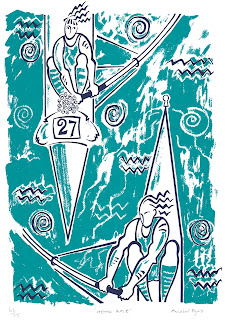 In addition to raising a family over the past decade, Annabel has returned to painting and illustration work as well as teaching art part time at Radley College. 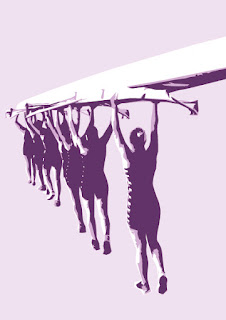 "My latest work combines my interest in rivers, sport and rowing in the form of River Maps," says Annabel. 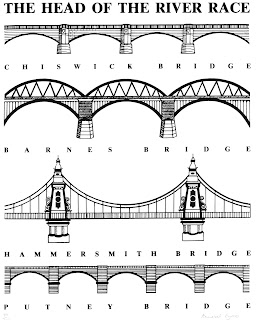 "The Head of the River Race Bridges"

The other artists taking part in "At the Water's Edge" are Debbie Bowler, Irene Burns, Pauline Findlay, Min Maude, Zed Talijan and Morag Warrack.
The exhibition continues until 15th August.