Jo has been painting successfully from her home in Sussex for over 30 years. Her work has been accepted by the Pastel Society, the Society for Women Artists and, since 2006, has been included in the Venice in Peril exhibition at the WH Patterson Gallery in Westminster. 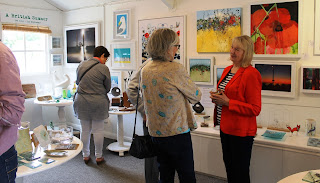 Jo paints a variety of subjects and enjoys all mediums. This versatility leads to a high demand for commissions, including portraits, landscapes, homes and animals. Her more experimental impressionist work has received international acclaim. 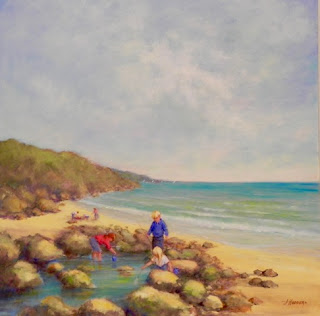 Jo has won the Sussex Open Competition Club Award and was selected for the National "Art in Nature" exhibition. She was awarded the prize for excellence in the Southern Open Exhibition, which led to a commission to paint Cliveden House for a limited print run and the design for their Christmas cards. 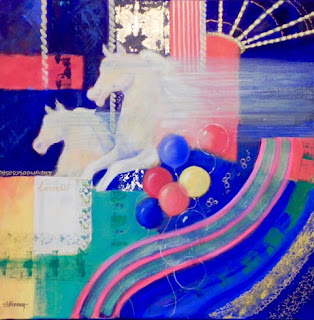 She is a qualified teacher and has run successful private classes, workshops, weekend retreats and has given demonstrations to numerous art groups and organisations including the Law Society and Lloyds of London.

Now she devotes her time and talent to her commissions and exhibitions.

"A British Summer" ends on Saturday 2nd September.
Posted by Green Tree Gal at 17:04 No comments: 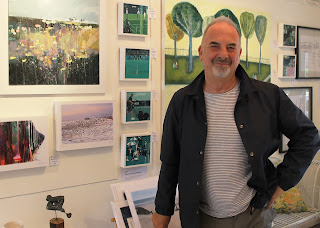 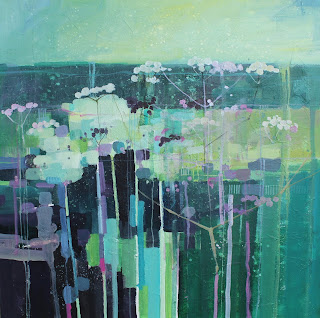 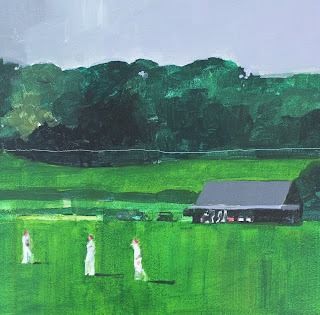 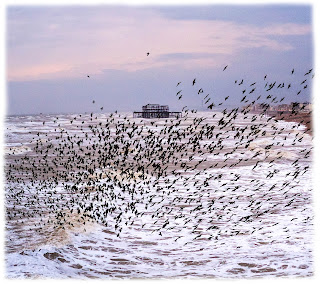 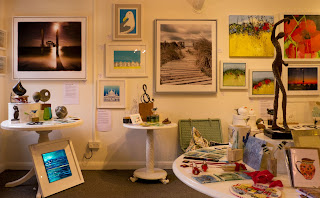 
Painting is David Fawcett's antidote to the daily commute to London.
"I try to paint every evening," he says. "After a day commuting and working in London, it's just what I need." 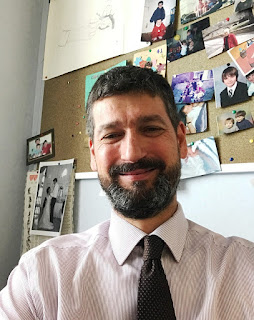 He is self-taught and works in acrylics.

"Over the years, I have developed a style that I'm happy with," says David, who has worked in London as a Notary Public since 1988.

Most of his paintings are based on his observations of people and reflect his day-to-day life - at home with the family, commuting to and from London, using the Tube and working in an office.

"I often try and look for a humorous element in my paintings - a situation which can be identified with or related to," says David. "To convey this idea, I have found that the title is often particularly important. If the title strikes a chord, it really enahnces the image."

Here's the perfect illustration of this..... 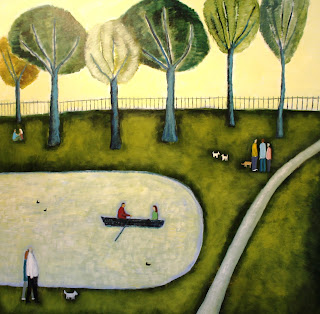 Amongst the many David Fawcett fans is Ted Baker founder and CEO, Ray Kelvin, whose purchase of David's work led to an unusual collaboration.

"Ray Kelvin has bought my work and recently used three images for a holdall, wash bag and phone case design."

David regularly exhibits in London galleries and his work as been shown at the Royal Academy.


Regular visitors to the gallery will know that Emma Bird has exhibited with us many times before. We can always rely on Emma for a witty interpretation of the exhibition title and this time is no exception. 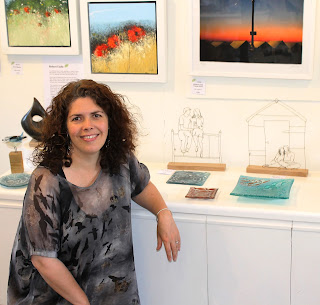 With their clear, simple lines her tenderly observed wire sculptures evoke nostalgic memories of summers past and perfectly capture scenes familiar to all of us. 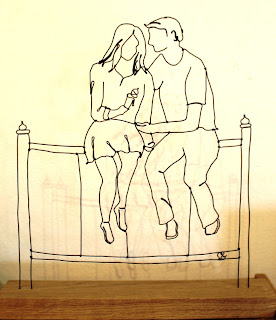 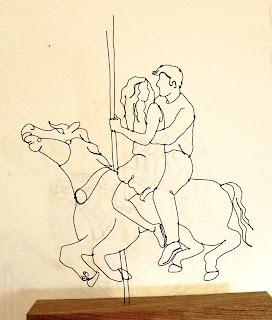 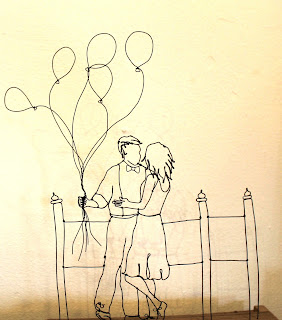 "May All Our Dreams Take Flight"

Sophie Mutter: "We Are Mountain"

After graduating from a photography degree at Notingham Trent University in 1997, Sophie went on to have a successful career on the picture desk of OK! Magazine.

She loved the celebrity world but was always drawn to the sea and so in 2013 she finally took the plunge, leaving London for Sunny Worthing. 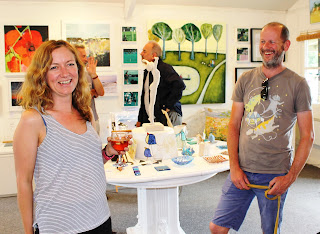 She set up "We Are Mountain", a group of family and friends creating original seaside-influenced original screen prints and linocuts, cards, fridge magnets and tea towels. 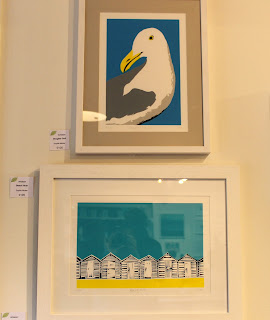 Sophie still freelances at magazines in The Big Smoke but having the space to create in her workshop by the sea means she feels she has the very best of both worlds. 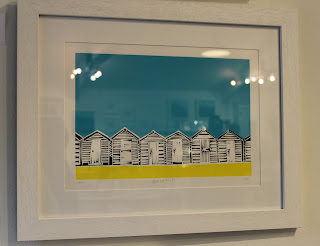 "Living by the seaside, I cannot help but be inspired by all things nautical," says Sophie. "But there are a few garden birds and the odd dinosaur thrown in for good measure!"


"A British Summer" runs until 2nd September.
Posted by Green Tree Gal at 16:38 No comments: