Sussex Downlands: a Source of Inspiration for Chris Forsey

Downland and coastal scenes are what inspire Chris Forsey. This self-taught watercolour painter's constant re-appraisal of his style and technique has led him to a mixed-media approach, combining watercolour with acrylic, pastel and gouache.
"I am exhilarated by colour and surface," he explains. "I enjoy creating textured layers of dry-brushed colour that allow hints of complementary hue to glow through..creating an exciting surface of scattered, broken colour." 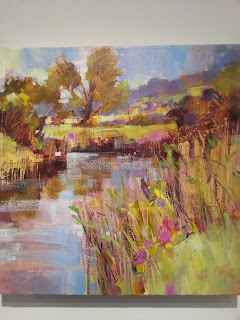 In his landscapes, Chris often explores the themes of man-made alongside the organic: buildings by water or structure emerging from a rocky cliff. Sometimes figures inhabit the middle ground between buildings and the wildness of nature.
"I try to capture the sense of a place at a specific moment, season or time of day, always endeavouring to bring passion and immediacy to my work." 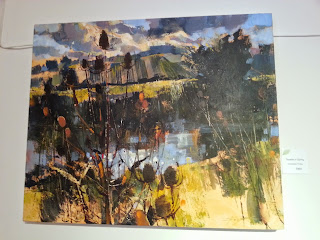 Chris is a tutor of painting and runs watercolour classes in Sussex, as well as in Surrey and the Greek Islands. 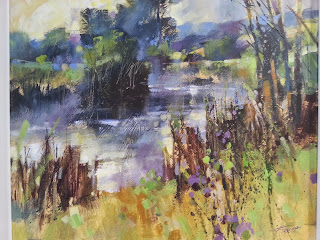 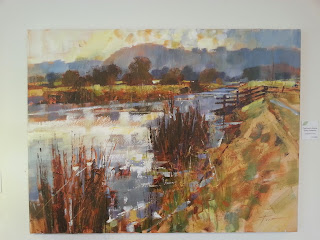 Our exhibition "Sussex, beloved Sussex" features the work of Chris Forsey and six other painters and runs for one more week until Saturday 26th April.
Posted by Green Tree Gal at 13:07 No comments:

Helen Brown's landscapes: imbued with the emotion of place

Helen Brown is a woodcut printmaker who exhibits regularly at the Green Tree Gallery. She is a Sussex resident and most of her work depicts the South Downs.

"Over the Downs to Kingston" 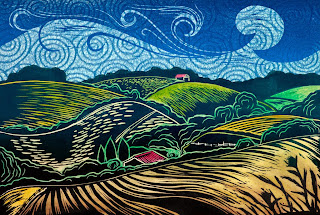 "I draw directly from the landscape onto wooden blocks," says Helen. "I then carve into the blocks and print from them. Each one of my pieces is given individual life through chine colle (paper overlay) and hand tinting, just as the mood of a scene shifts with light, time and experience." 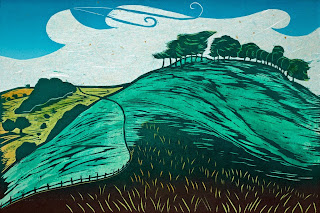 Helen spends time in the places her works depict and returns to those places time and time again.
"Working outdoors enables me to connect with the spirit of the place, capturing the line and fluidity of scenes and localities," she explains. 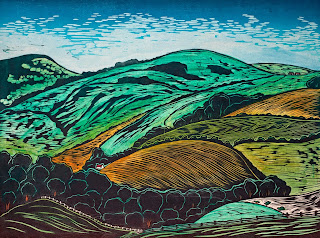 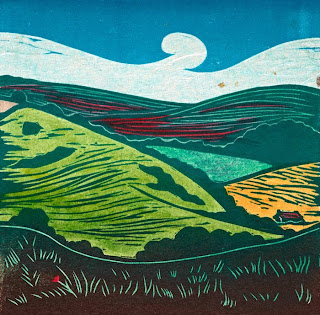 Our exhibition "Sussex, beloved Sussex" features a selection of Helen's work, both framed and unframed.

A Painting A Day

Eastbourne-based artist Julian Sutherland-Beatson has been creating daily paintings since 2008, many of which have been inspired by the Sussex landscape. 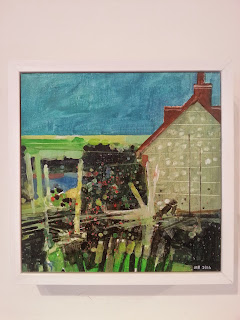 His "Sussex 365" project in 2009 was shown at Glyndebourne Opera House and led to him becoming Artist in Residence. He produced daily paintings during the Glyndebourne Festival season (mid-May to mid-August) which in 2011 were inspired by the flora, fauna and architecture of Glyndebourne as well as its visitors.

The following year his paintings depicted life 'behind the scenes' and featured the performers, costume-makers and stage personnel, as well as the actual performances.

As well as loving "the enforced discipline and focus" of producing a daily painting, Julian also cites Malcolm Gladwell's book "Outliers" which suggests that it takes 10,000 hours to achieve a specific level of expertise and excellence.

"The Beatles did it, Muhammad Ali did it. Picasso did it," he says.
"This is my way of 'doing the hours'." 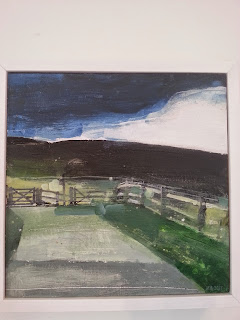 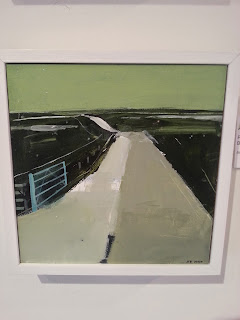 For 2014's daily paintings, Julian's theme is "At Home and Abroad".