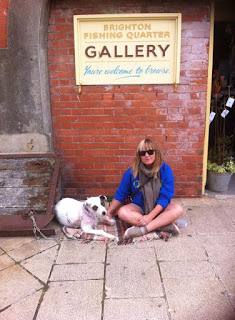 Brighton-based Liz originally studied ceramics but after 17 months' working and travelling around South Africa with little or no access to clay, her sketchbook work became more important to her. With its beautiful and extreme flora and fauna, Liz says Africa reintroduced her to nature. 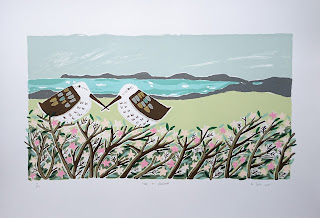 Back in the UK, she painted and exhibited and then in 2005 she discovered printmaking, embracing it full time in 2009.

In her recent work, Liz has been creating imaginary scenes filled with the patterns of nature inspired by both the Sussex countryside and the diversity of life she discovered in Africa. "Within my work as a whole, I use nature as a metaphor for human emotions," she says.

"To Linger in a Garden Fair" continues until 6th May.