From Nightclub Murals to "Lightbox" Landscapes


Grant Dejonge has been making art for twenty five years. At present his work concentrates on landscape painting but he has occupied many roles in the art world, from gallery owner on Brighton seafront to mural painter in London nightclubs. 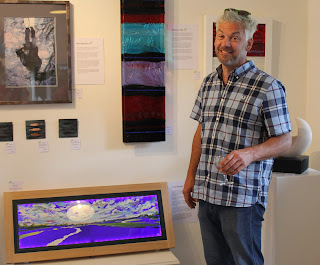 Grant is driven by a desire to understand the world around him and to recreate it in two dimensions. He references many different art movements in bis work: surrealism and symbolism sit comfortably with pop art and portraiture.

"I particularly love Otto Dix and Max Beckermann," says Grant. "Painters such as Matta and Tanguy were an early influence, but in truth most of my day-to-day influences are my friends and fellow artists who no-one has ever heard of...and my wife Jaqueline."

In 2010 he won first prize in a national competition run by artrepublic, to make a positive contribution to the urban environment and raise awareness of the problems of homelessness. His picture "Lost", depicting a homeless child sleeping under the lamplight of a city park is perhaps one of his most famous pieces.

Although Grant has exhibited with us previously, he is breaking new ground in this exhibition. Among his works on display are two innovative "lightbox" landscapes, which are painted on perspex and backlit by LEDs. 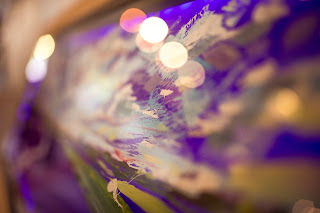