Iveta Goddard, from the Great Pottery Throw Down to The Green Tree Gallery!


If you watched BBC2's The Great Pottery Throwdown last year, you may already be familiar with Iveta's work (on the right in this picture) as it was used as an example to the contestants... 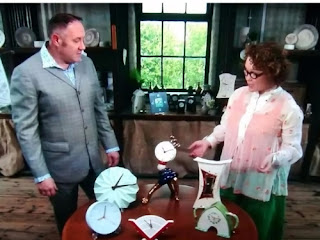 Iveta set up her own pottery studio in West Sussex in 2004, having studied ceramics in her home country of the Czech Republic, where she also worked in TV films and cartoon studios. 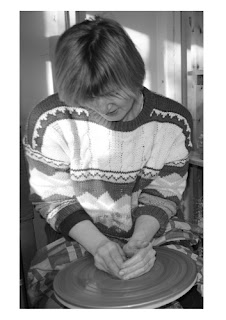 She makes contemporary, unique pieces, including wheel-based bowls, cups and tealights as well as innovative wall plaques, clocks, lamps and boats, which are slab-built. 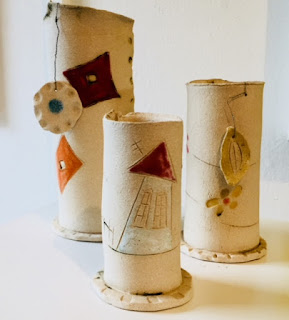 Her pottery is made in white earthenware or stoneware. The design is achieved using techniques such as engraving, carving and stamping following minimalistic decoration with oxides and colourful glazes. Finally the pieces are fired in an electric kiln to 1020 - 1240 degrees celsius. 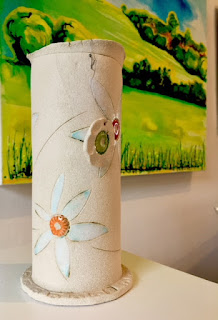 "I enjoy the whole process of creating something from an idea which can come from anywhere at any time," says Iveta.
"For example, the idea for the shape of the clocks came from an interesting stone that I saw in an ornamental garden." 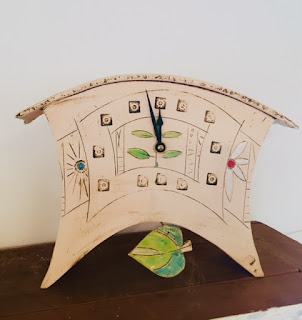 "Through the Eyes of a Child" runs until 12th May.