Victoria Coleman and her Crazy Critters!

Victoria has led a diversely creative life. After her degree in metalwork and jewellery, she began a career in the prop-making industry. She enjoyed making costume props on Star Wars and Gladiator, fabricating crazy critters at Jim Henson's Creature Shop in Camden and painting Disney characters for their flagship stores around the world. 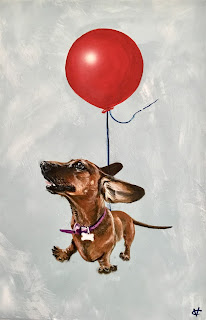 With a great fondness for animals, Victoria is fascinated by the humour and personality they show through body language and expressions. It's this that her work is primarily based on - creating images that are slightly off-beat, bold and occasionally humorous. 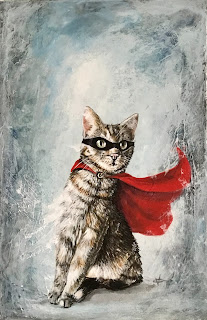 "My painting technique is all about the detail achieved in the layers which are built up until the essence of the subject has been captured," says Victoria. 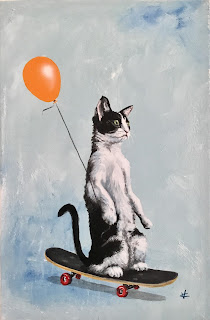 "I use a mix of water-based paints including emulsion, which work well both for blending and spraying through an airbrush." 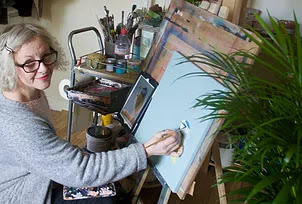 Victoria works from her home in Shropshire with her two dogs Daisy and Bailey for company.

"Through the Eyes of a Child" continues until May 12th.